Indie pattern companies seem to be springing up all over, which is nifty. Yay for them. I tested a pattern for Colette a few years back and they seem to be going from strength to strength. Sewaholic is a bit newer, I think, and their offerings so far have not really been my cup of tea.

UNTIL THEY RELEASED A CYCLING JACKET. Genius. I might never have known had it not been for this post by Did You Make That? (which is making me think serious thoughts about the funnel-neck coat, too, but we’re coming into summer here so I’ll sit on it for now.) 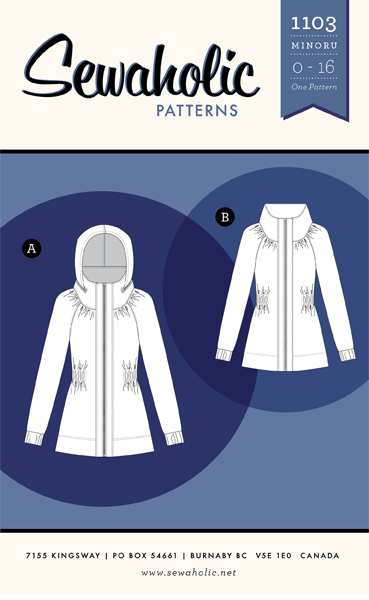 I reckon I’m forking out for the Minoru. I might even sew-along in January. Gives me plenty o’ time to find something showerproof to make it from. And time to ameliorate its only apparent failing: its distinct lack of [external]* pockets. For where am I to put my keys, Sewaholic? Pfft.

*correction: Heather pointed out there are interior patch pockets. Anyone interested in an external pocket modification during the sew-along? I am!

5 thoughts on “Minoru for you and me”